Thinking of hosting a Greek themed dinner and bingo party at home? Allow your guests to travel using their palate. Let them taste the wonders of Greece via the classic national dish: Greek Moussaka Eggplant. While Greek Moussaka Eggplant takes about 2 hours to prepare and cook, you and your friends can enjoy a round or two of bingo.

Greek Moussaka is regarded as one of the most popular Greek foods, thanks to the famous Greek chef Nicholas Tselementes. The casserole is not traditionally from Greece, as some scholars maintain that moussaka was introduced by the Arabs when they brought the eggplant to Greece. The Moussaka Recipe is an urban cuisine that, like Greece, is able to respond to new ingredients and religious and traditional influences.

The rich influence of Greece on the modern world cannot be undermined. The Greek influence can be seen from events as big as the Olympics to as little as everyday things as the alphabet. Greek mythology is one of the biggest influences on Greece to the modern world. You can see their usage in film adaptations like Disney’s Hercules to bingo games like Bingogodz, who characterized Zantos as the father of the Godz, an obvious representation of Zeus.

Here is the best Moussaka recipe you would probably try: Greek Moussaka Eggplant. 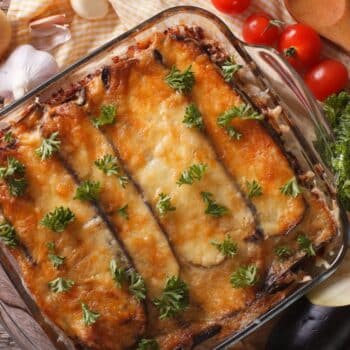 FOR THE BECHAMEL SAUCE: