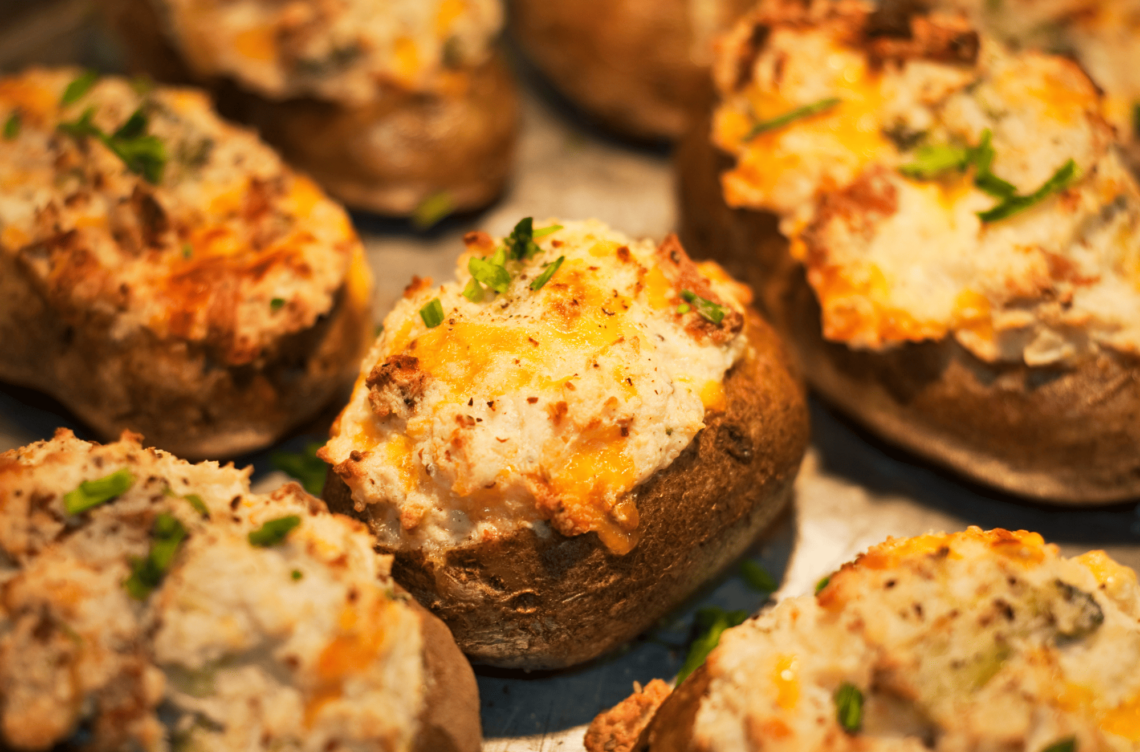 I’m breaking down both borders today by sharing with you a recipe for healthy twice-baked potatoes that double as a main course! How? Because I’m stuffing them with simple, hearty and easy turkey chili! You’d be surprised at how filling these twice-baked potatoes become once they’re stuffed with a little chili. I find that usually, one potato (and by that, I mean one stuffed potato skin, not, like, a whole potato) is enough for a single serving – especially if you pair it with a light side salad. However, I wouldn’t want to limit you if you find yourself wanting seconds!

Chili spice blends are pretty simple: they usually contain various proportions of chili powder (duh), cumin, garlic powder, etc. Most contain cayenne pepper; however, since I haven’t had any on hand lately, I used crushed red pepper flakes instead. I always have red pepper flakes in my pantry, so it was an easy swap!

Also, here’s the secret to this Easy Turkey Chili recipe: you have to really reduce the chili. Luckily, there’s no better time to reduce chili-like crazy than while waiting for your potatoes to bake in the oven. Multitasking, people! The reason we want to reduce the chili is that we don’t want a big liquid mess when we try mixing the chili with the potato. I want them to combine, but I don’t want to lose the potato-y part of the twice-baked potato. It’s gotta be sturdy!

The pièce de resistance is really when you finally scoop the chili/potato mixture back into the potato skins. This is the part where things come together, and it starts resembling a twice-baked potato. Don’t worry if you end up with more chili than potato skin real estate. You can easily mold the filling and pack a lot into the potato skins.

You also get to top them with as much shredded cheese as you’d like – consider it an optional bit of indulgence in an otherwise healthy dish. Then just boil the potatoes until the cheese is all melted, and serve!

PS – Greek yogurt is a great alternative to the traditional sour cream topping. It’s still delightfully tangy and creamy, but it saves you a few calories. You can hardly tell the difference, especially when you’ve got a forkful of chili and chives. The final product is a combination of two classic comfort foods: hearty and Easy Turkey Chili and cheesy twice-baked potatoes. A total flavor knockout!

Bonus: You will have leftovers from this Easy Turkey Chili. I like to take this for lunch the next day and spread it on some good whole-grain toast! 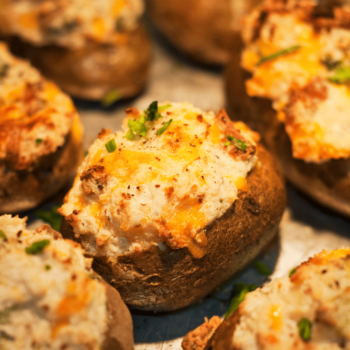 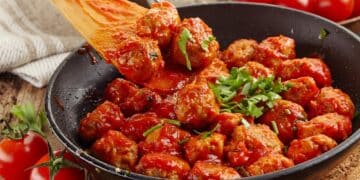 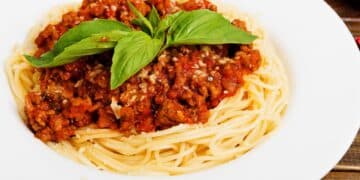