Simplified Tuna Melt is one of the most well-known sandwiches because not only is it tasty, but it also brings about numerous health benefits in every bite. This tuna melt seafood recipe will show you a much ‘healthier version’ where it isn’t loaded with mayo and is added with an extra touch which is tomatoes plus cheddar, to make sure you use less but ensures flavor is there.

We all know that tuna is one healthy food because it is rich in protein and brings other important nutrients too. Tuna contains omega-3 fatty acids, which are said to be good for the heart, but omega-3 also helps protect us from macular degeneration of the eyes. Eating tuna also means protecting ourselves against certain types of cancer. This Tune Melt is not just tasty but healthy too. 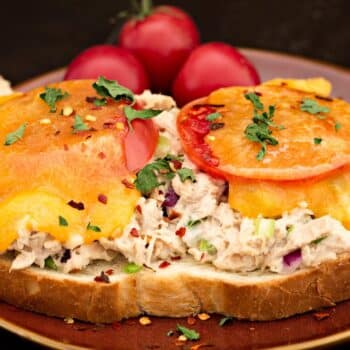